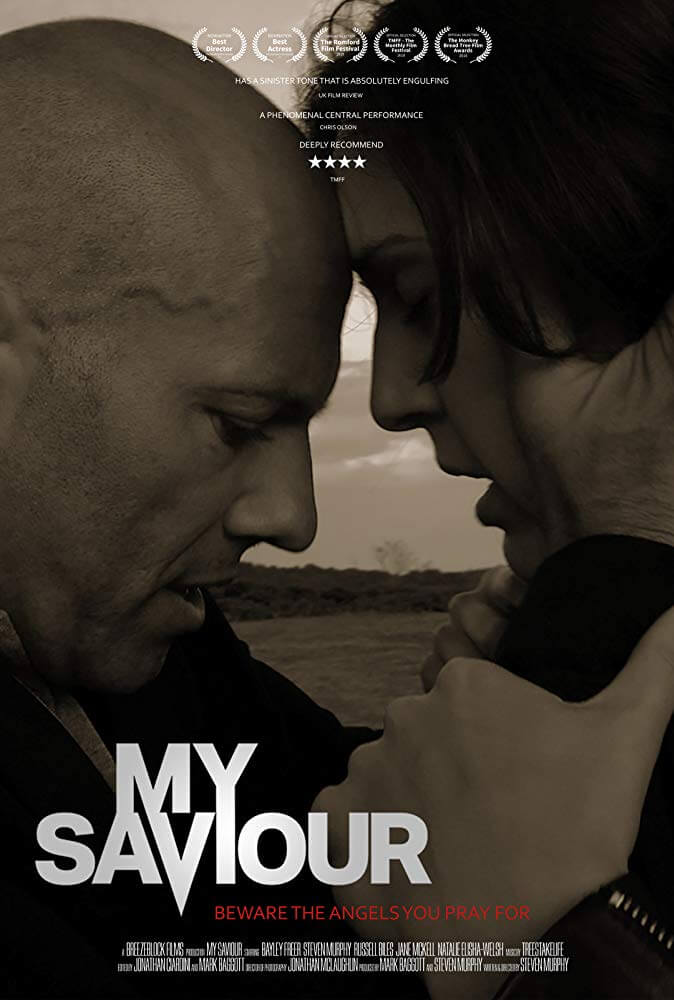 What will a lonely separated housewife do when she is victimized by a gang and broken society; when she falls in love with her mysterious ‘Saviour’ only for events to spiral out of control through a hellish nightmare which end in murder?

I made MY SAVIOUR the same way as DOORWAYS with the same crew, this time producing with Mark Baggot.

I was feeling pretty useless and frustrated with myself after DOORWAYS as I felt I had made a turkey. I thought I was rubbish and was questioning my abilities. I sat and wrote a script based on my anger at the time, wanting to write a character who had nothing left, was on a path of self destruction and questioning the reason to live.
I had always been bored of the traditional hero. They usually come into town with a dark secret, get involved with a woman, clean up the bad guys, reveal their secret, which is never a bad one, settle down and live happily ever after. This bored me.
My life’s experience had taught me people are not black and white, even though many people pretend to be, but I believe they run away from acknowledging what makes us tick as human beings.
I wanted to turn the notion of ‘the hero’ on it’s head – much as in DOORWAYS. I wanted to explore what it meant to ‘be a man’, and wanted it to be a modern day western , with this ‘hero’ and his dark secret.
He forms a passionate bond with a lady Monica, but his secret turns out to be intrinsically evil. How does Monica cope with this? She has hit rock bottom all her life, how does she cope with this person’s secret, after he has helped her?
What do people do to be loved, wanted and accepted?
Bayley Freer played Monica superbly. When I met her I knew instantly she was Monica. She was so brave to do the film, especially with a group of guys in a creepy cottage. She was incredible and is such a talented actress. It just wouldn’t be what it is without her.
I also wanted to experiment with a brooding atmosphere utilising shadows and a different kind of feel to DOORWAYS, to see what I was capable of as a director. 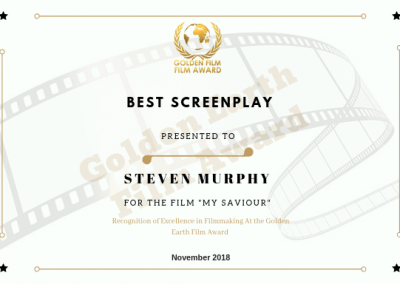